Crawford Murray MacLehose, Baron MacLehose of Beoch KT GBE KCMG KCVO DL (Chinese: 麥理浩, 16 October 1917 – 27 May 2000) was a British politician, diplomat and the 25th Governor of Hong Kong, from 1971 to 1982. He was the longest-serving governor of the colony, with four successive terms in office.

Murray MacLehose was born in Glasgow, Scotland in October 1917 as the second child of Hamish Alexander MacLehose and Margaret Bruce Black. He attended Rugby School in 1931 and Balliol College, Oxford.

During World War II, while under the cover of being the British vice-consul, MacLehose trained Chinese guerrillas to operate behind Japanese lines to carry out sabotage.

His career almost stalled when he left a copy of a confidential telegram in a bank in 1967. The document, from British Prime Minister Harold Wilson to US President Lyndon B. Johnson concerning the Vietnam War, was turned in by another British diplomat who found it. Wilson and Brown prevented an investigation of this security breach, because they appreciated Maclehose’s ability, thus saving his career. MacLehose was appointed the British Ambassador to South Vietnam in 1967.[3]

MacLehose became Governor of Hong Kong in November 1971, holding this position until May 1982, making him Hong Kong’s longest-serving governor; his 10 years and 6 months in office exceeding Sir Alexander Grantham’s previous record by one month. He was widely and affectionately known as “Jock the Sock”, in reference both to his Scottish heritage and to his name, ‘hose’ being an old word meaning sock or stocking.

MacLehose stood well over six feet tall and looked every inch the benign and genial colonial governor.[citation needed] He avoided wearing his gubernatorial uniform, as he felt very ill at ease in it.

A diplomat with a British Labour Party background MacLehose introduced a wide range of reforms during his time in office that laid the foundation of modern Hong Kong as a cohesive, self-aware society. He had Chinese recognised as an official language for communication, alongside English. He greatly expanded welfare and set up a massive public housing programme. He rooted out corruption, with the creation of the ICAC. By establishing the District Boards, he greatly improved government accountability.[5] He oversaw the construction of the Mass Transit Railway, Hong Kong’s transportation backbone, and other major infrastructure projects. On his watch, community and arts facilities were expanded, and public campaigns, such as against litter and violent crime, were introduced.

These changes required approval from the UK Government Treasury for increased expenditure, and it was against some opposition that, in his first two years in office, Hong Kong government expenditure grew by over 50%.

In 1979, MacLehose raised the question of Britain’s 99-year lease of the New Territories (an area that encompasses all territories north of Boundary Street on the Kowloon Peninsula), with Deng Xiaoping. The talks, although inconclusive at the time, eventually involved top British Government officials and paved the way for the handover of the Hong Kong in its entirety, including those parts ceded to the UK in perpetuity, to the People’s Republic of China on 1 July 1997.
Post-governorship and later life

MacLehose died in Ayrshire, Scotland in May 2000. 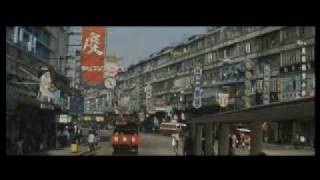